Is your car leaking oil when parked, and you don’t know what to do? Not sure what causes oil leaks and worried about your car?

Oil’s primary function is to reduce friction in your automobile. When your engine’s components are functioning effectively without rubbing against one another and producing corrosion, you have a top-quality, pure oil performing as it should.

However, the oil loses its dense nature and gets polluted with time, and it becomes filthy. And when that occurs, it loses its capacity to reduce wear and tear, which means that the parts of your vehicle will wear themselves out over time, leading to erosion and possibly severe mechanical failure.

Leakage could result from an issue with a new oil change, and it’s possible that the oil filter was broken or improperly installed. There could be one or several reasons for your car’s oil leak.

Let’s explore common symptoms of “car leaking oil when parked” and how to go about an oil leak repair. If oil is dripping from your engine, it is a sign that it has been too long since your last oil change. Finding a pool of greasy or brown liquid beneath your vehicle after it has been parked in a space for some time is one of the most common symptoms of an oil leak.

However, many modern cars feature underbody protection that will likely harbor the oil before it gets to the ground, which may conceal a significant oil leak.

Another very reliable indication of leakage is an oil-covered engine. Sometimes you should open the hood and check the fluid levels in your car.

Suppose there are several leaks or seeps where the oil stains; you might be able to detect them. Finally, leaky oil might come into contact with hot parts of the engine, causing it to burn and emit an unpleasant stench.

If you’re wondering what causes oil leaks, there are four main reasons for your car leaking oil when parked. Let’s explore those and how to fix an oil leak.

Car Leaking Oil When Parked: Reasons For The Leak If you’re experiencing a car leaking oil when parked, here are the four common reasons for the leak and how to fix an oil leak.

The heat produced by moving might lead to engine gasket damage. Whenever you stop your car, the engine block and head temperatures increase. Consequently, the metal components flex, putting more strain on the gaskets.

Metal parts will shrink when the engine temperature drops, creating gaps between the parts and the seals. It will cause the gaskets to wear out, and these responses will result in an oil spill. To be sure it is not just an oil gasket or a faulty valve seal, take the vehicle to an auto repair shop.

You may have a blown gasket if your vehicle is an older model, and the rubber encasing the engine block may have degraded. Both parts will require changing to go about this type of oil leak repair.

Bad roads or debris might damage your car’s oil pan, located at the engine’s base. The gasket or pan may also be damaged or deteriorate over time, resulting in an oil pan or even an oil pan gasket leak.

Your automobile can have a bad valve seal that allows oil to seep out while parked. However, the oil won’t be visible if the gaskets are without holes. The leaked oil inside the gasket will burn off during combustion, making it difficult to diagnose.

The incorrect fitting of an oil gasket might result in a leak. It is possible to overtighten the oil pan or valve cover gasket, and the uneven tightness might also have a role. Engine oil may seep through oil filters that are loose or improperly fastened.

Now that you know what causes oil leaks let’s discuss some solutions.

What Should You Do When Your Car Is Leaking Oil?

When you detect that your automobile is leaking oil while parked, here is how to fix an oil leak.

Pour An Additive For Preventing Leaks Into The Oil Reservoir Although useful for tiny leaks, this should only be used as a temporary fix and can’t be used for significant leakage. The addition lubricates seals and plugs small leaks. Please make sure the gasket of the oil pan and the valve cover gasket are placed correctly by having a technician check them.

Replace The Rings Or Seals On Your Valves

If your pan gasket is outdated, it should also be changed. Even if an issue with your automobile does not have to do with oil, don’t disregard it.

It is due to the interdependence of the components in your car. The others, particularly the closest ones, will be impacted by the malfunction of one portion.

Procrastination will increase the pressure on other components, causing them to break down and raising the oil leak repair costs. Hence, it is best to have your vehicle checked by an auto technician as soon as possible to avoid further complications.

A car repair shop’s technician will have the chance to inspect the engines and any other parts that use oil during routine oil changes. The expert will make sure they are functioning correctly. 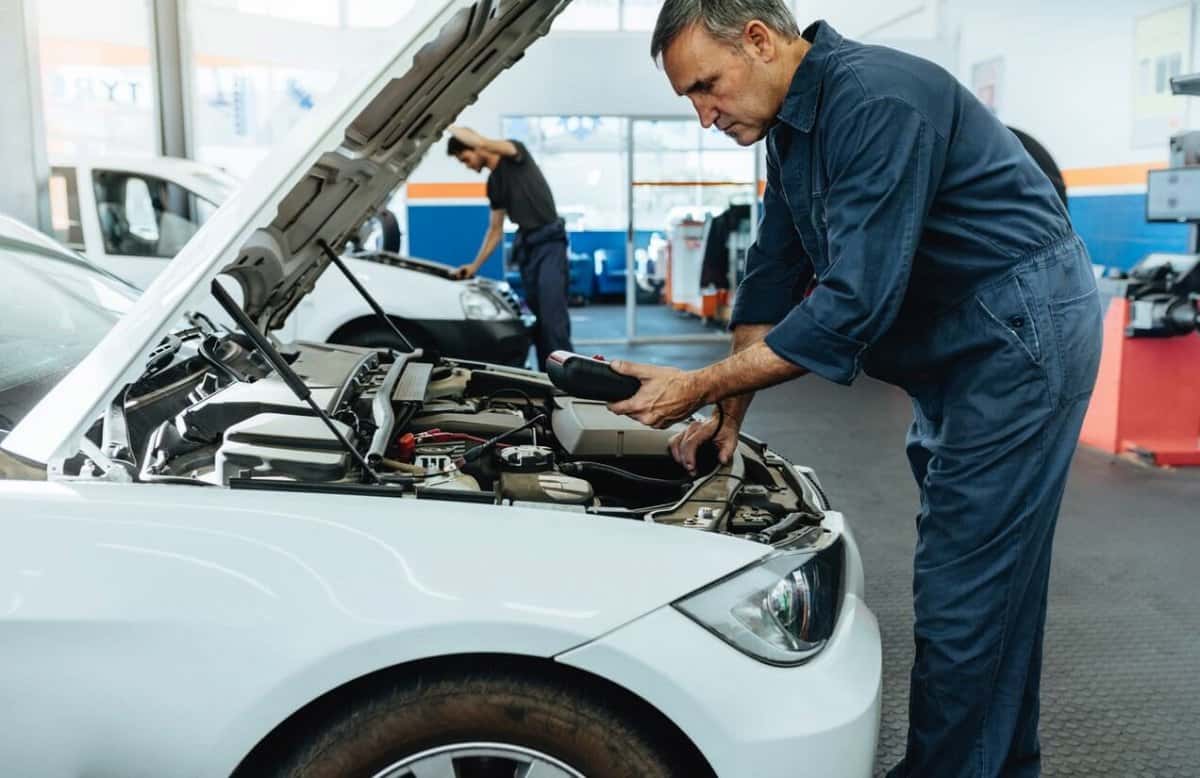 If a little leak begins, outfit the car with a leak-stopping additive. Additionally, you may purchase engine oil with leak-suppressing qualities.

Every few years, repair or replace worn-out auto components with new ones.

You can also DIY the entire process as it is not that difficult after looking at a couple of DIY videos for “car leaking oil when parked.” However, the process may be long and arduous, and you might be frustrated if you don’t have a DIY thumb.

If you’re experiencing “car leaking oil when parked,” it is best not to drive the vehicle anymore before making the necessary repairs or replacements as it could damage your engine.