How To Solve Car Battery Leaking

What does a Car Battery do?

Before learning how to solve car battery leaking problems, one should understand what a car battery does. Being a car owner, it is of paramount importance that one understands how each component of one’s vehicle contributes to the overall functioning of the vehicle.

The car battery is an exceptionally important component in the car. Not only does it aid in the initial spurt of life when one turns the key in the ignition, but it is also the most important source of power for car lights, stereos, air conditioning, and so many other functions.

A car battery is often neglected by the car owner even while they ensure proper maintenance activities are carried out for the other parts of the vehicle. What many car owners don’t understand is that a weak battery often hampers the performance of the other car accessories.

The car signals the owner or the driver occasionally about a failing battery. There are tell-tale signs of a battery needing replacement. But before one runs to replace one’s car battery, the real reason for the issue needs to be identified and many times it is due to the car battery leaking. 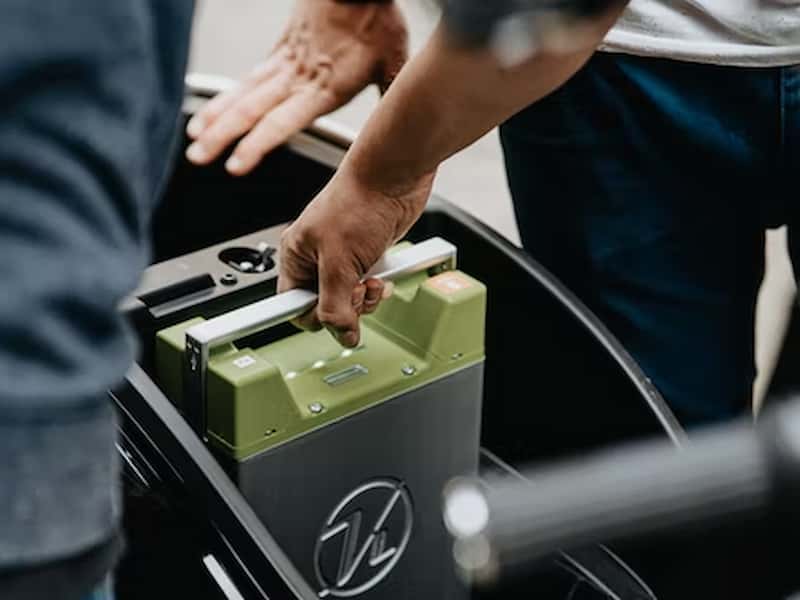 What are the signs that Car Battery needs replacement?

Now that we understand the overall importance of the car battery, we need to understand when does a car battery needs replacement. As pointed out earlier a car battery usually works for three to four years without a lot of complaints. That is provided there are no major problems plaguing the battery like maybe a car battery leaking issue.

Owners can quickly take cues from the following signs that maybe there are some nagging problems with the car battery. Upon successful diagnosis, one can take suitable steps towards solving the car battery issues.

On most occasions, a cry for help from the car battery arrives in the form of one or the other problem as listed below:

Checking the car battery for the following signs might help you make an informed decision:

Why do batteries leak? 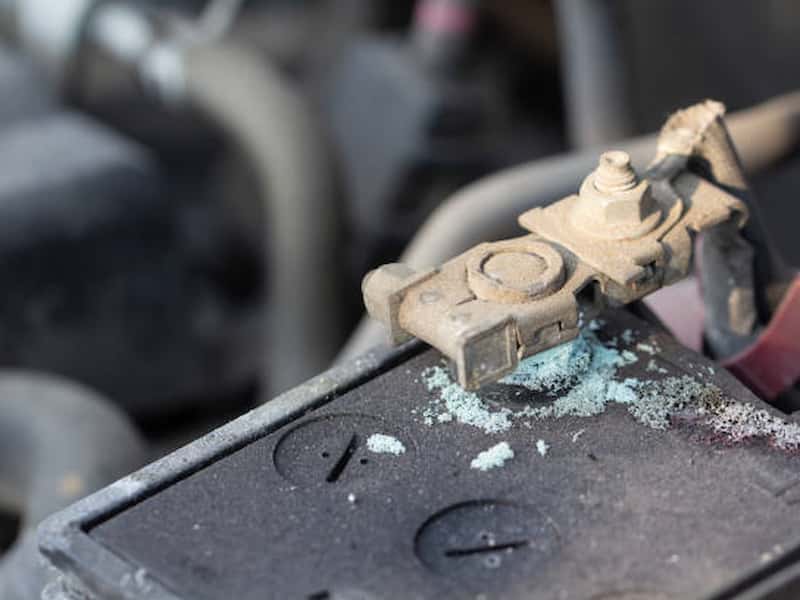 Many car owners have perennially asked the question – “Why do batteries leak?” Car battery leaking issues occur mostly due to the age of the car or when the battery is often overcharged or because of the cold weather conditions.

When one talks about car battery leaking, it is the acid that comes out from the cell cap area or that which gives rise to the crack in the battery casing. One will also identify fluid leaks from various cracks in the battery. This leaking fluid is Sulfuric acid which is extremely corrosive in nature.

The second reason why car battery leaking occurs is due to inadvertent over-charging of batteries. When the batteries are over-charged, the electrolytes inside reach boiling point and cause the acid to come out through the vent caps.

Since sulfuric acid is extremely corrosive, it reacts with the metal components in the battery and aggravates the situation. The terminals of the battery then are ruined. Though less reported there are other issues that might crop up. Even with the lead-acid batteries, overfilling of the chambers can result in solution overflowing and leaking out thus leading to the same situation. Another situation is where the over-charging leads to overheating of the battery plates, which then expand.

Car battery leaking has even resulted in the batteries bursting which might lead to serious accidents. Hence it helps to occasionally check the car batteries for leakages.

Experts studying why do batteries leak have come across other reasons too for the same. Incorrectly storing the battery can also lead to car battery leaking. It is often advised that car batteries that are being stored need to be fully charged and placed in a cool place. Car batteries kept in unventilated warm spots have been known to inflate, swell and overheat. The swollen batteries then crack and that can lead to the car battery leaking.

How to solve car battery leaking? 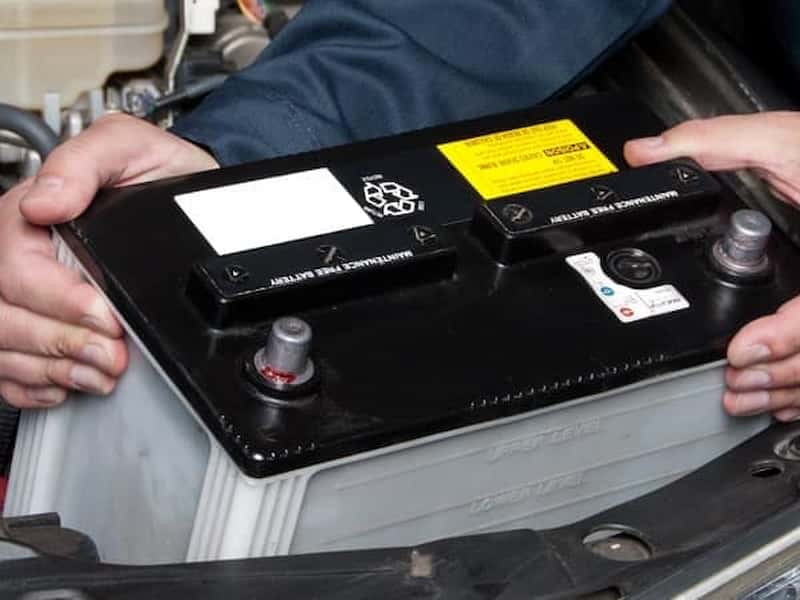 Well, the right answer to this question is not to delay any action once you are clear that there is a definite car battery leaking issue in your vehicle. Battery leaks can be hazardous to both the vehicle and the passengers that often take a ride in the car.

The keyword here is prompt action even if you presume that the battery still has some amount of life and function left in it. The appropriate step to be taken is to immediately visit a certified mechanic who understands the use of high-quality replacement components as well as provides products that offer a substantial warranty.

Now in case, the mechanic says that it is only a minor issue say slightly corroded car battery terminals or a small issue of a narrow or negligible crack in the battery case and doesn’t need any major replacement, after verifying this maybe with a second opinion you can undertake the following steps to solve the car battery leaking issue:

Now let’s look at the other scenario. In case the car battery leaking issue is serious, then avoid any sort of damage control and immediately replace the battery with a new one.

Disposal of the damaged car battery is also important. One shouldn’t throw away the old car battery in the trash as it might cause acid leaks and can cause lead poisoning as well as other environmental damage.

One might want to avoid prolonging any usage of a damaged car battery and driving the vehicle while a leaking car battery is connected. Car battery leaking issues should never be overlooked and immediate corrective action needs to be taken by the owner as mentioned above in case of appearance of any of the signs.