What Constitutes A Junk Car?

Junk Cars For Cash > FAQ’s > What Constitutes A Junk Car? 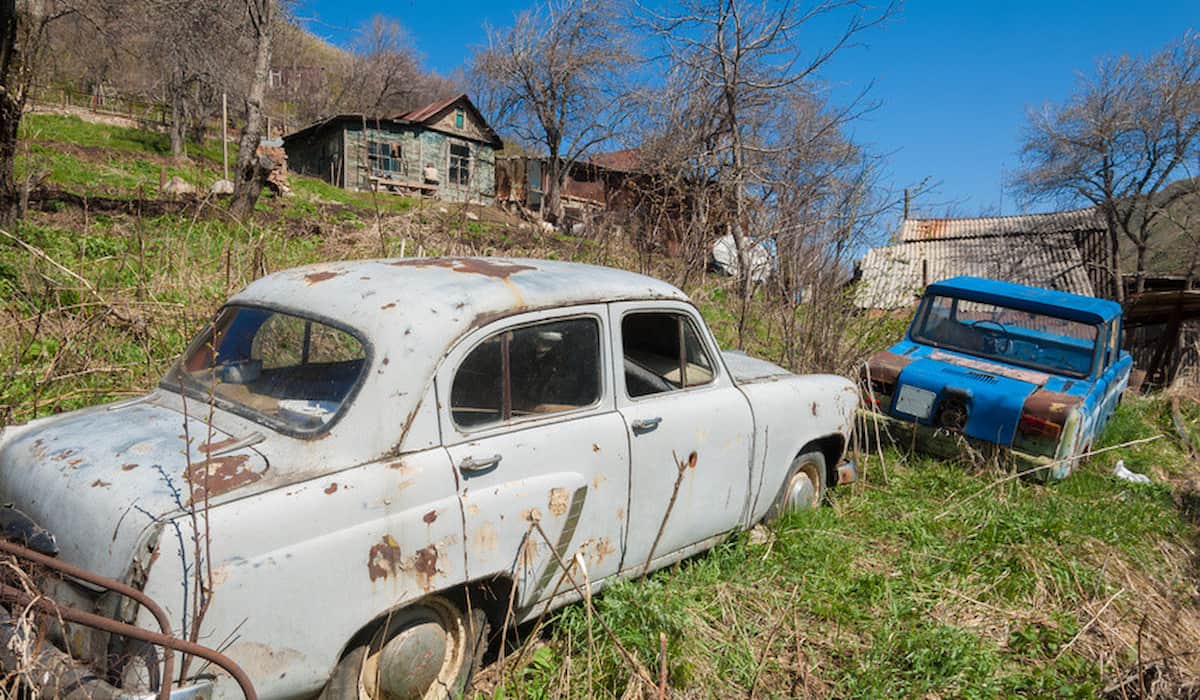 Do you have an old car that has seen better days or does the money you are spending on repairing cost more than the car is worth? Then it may be time to scrap the car. What constitutes a junk car – you might be wondering? Junk cars are those that are old and in such a state of disrepair that you do not want to spend money on it to have it repaired. Essentially, a junk car is an unwanted car because it does not run anymore.

It is quite likely to be older than 10 years of age and has considerable mileage on it as well. However, a car can turn into a junker in an instance when you are involved in a serious car accident, or it can happen over a long period of time with general wear and tear.

Your piece of scrap car is no doubt spending more time at the garage for repairs than on the road. You can count yourself lucky when it actually starts in the morning. It has plenty of scratches, dents, and rust and even the upholstery is parting company.

In the last year, you can safely say that you have been embarrassed to be seen with your car. You are even ashamed to take photographs of it and to list it because there can’t possibly be anyone interested in it.

A Junk Car Can Be A Risk To Your Safety 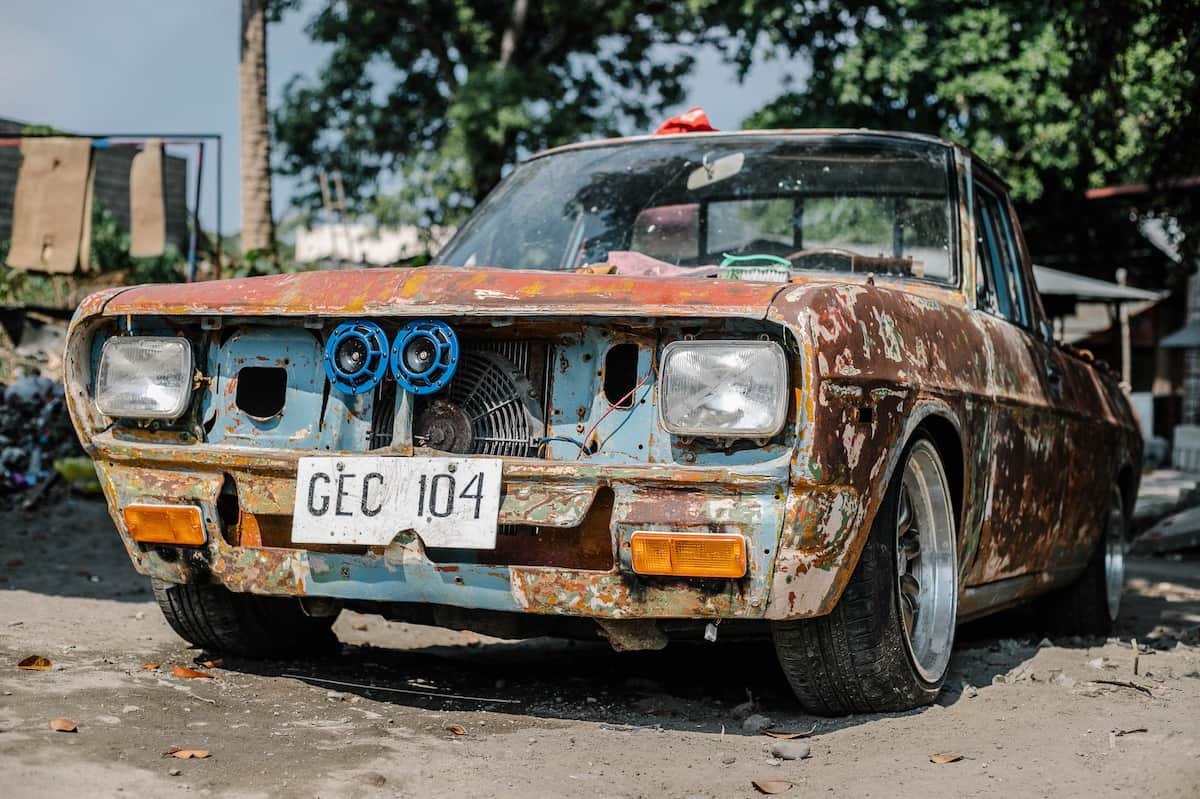 With such a car, each time you go out onto the road, you are taking a serious chance. A junk vehicle can’t be relied upon. It can give up the ghost anywhere, and that is a serious problem when you are out on a remote road at night.

Because these old junkers are older models, chances are they do not have any safety features such as airbags. They can also be dangerous because old cars like this release carbon monoxide and other gases too so they are harmful to your health and to the planet.

Usually, old cars have got an oil leak. You will know about this when you see your old car with a puddle of dark, oily liquid where it stands. There could be a few reasons why oil is leaking and it could be that the oil seal is rusted, the oil pan has a hole or a part is missing or broken.

Reddish-brown liquid could also be indicative of a transmission fluid leak which could mean a cracked pan gasket. Leaking brake fluid is another possibility with an old, damaged car and it could mean that one of the rubber hoses could have a leak.

The car could be a junker, but there are some people who have been known to even abandon cars that are in excellent working condition. An abandoned car is nearly always likely to be a junker.

Technically, What Is A Junk Car? 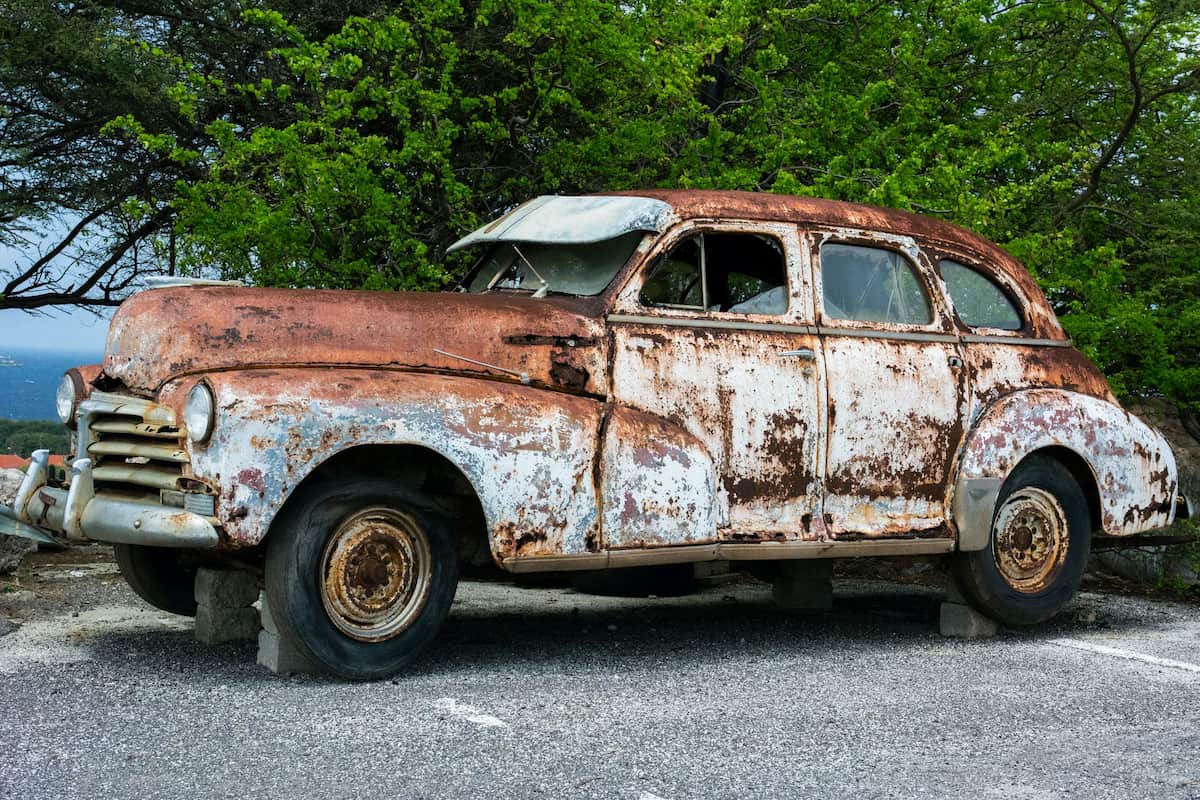 If you want to get more technical as to what constitutes a junk car, it is not a new car. It is more than likely to be damaged in a number of ways. It has dents, scratches, and parts that are even missing.

Many times old cars like these are missing paperwork and documentation. Do junk car owners start to worry when the title is missing as who will take a car without the title?  The owner of the car will need to pay a fee to get a new title.

You can apply for another title document at your local car vehicle registration office. it is only the titleholder who can ask for a duplicate.

People wanting to sell these dilapidated cars often believe that they will never be able to get rid of their car without a title. It can be difficult with some buyers, but if you do research, you will find that there are people who buy cars in any condition and without the title as well.

When you do research you will find that selling a car without proof of ownership is illegal. Be that as it may, there are still ways to sell a junk vehicle minus its title. How you go about it will depend on the state you live in. As mentioned, contact your local department of motor vehicles, or the DMV.

Your junk vehicle may be considered low value and no-one wants it. Scrap metal is all it is good for, and because of other problems, it just would not start.

Most of us have seen junk cars like these dotted around the countryside and we have seen them piled up in scrap yards. An old car left to deteriorate in your back yard can become worse in a quick space of time.

Left out in the sun, wind, and rain, they lose their shine, they become dull, rusty, dusty, and forlorn. It is amazing how many people there are who are not aware that you can get rid of your old car in this condition in the space of a day and even have money in your pocket from the sale. They do not have to fret about towing their car even because most of the best junk car yards will come and tow your car away free of charge.

Get Good Cash For Your Run-down Car

Most owners of these run-down cars would like to receive some cash for the car but they also do not want to have a whole lot of hassles getting rid of such an old car. Dealerships and private car buyers always give a lot of trouble with buying junk cars so it becomes a worthless operation trying to sell to them.

Totaled cars are junk cars. Perhaps your car was totaled in a car accident and it has been declared a total loss by your insurer. The vehicle is beyond repair really. Repairing it would cost far more than the car is worth. There will be other kinds of expenses with your car too and you can expect an increase in the risk premium.

A junk vehicle in this condition is an unwanted car. There was a time when it was wanted. It was reliable and you could go on long trips with it. In its last days, before it became a non-running car, you could not even rely on it to get you to the local shop and back

Cities Determine What To Do With Junkers

Most cities have their own definition as to what constitutes a junk car. They do not allow these old cars to litter the city’s streets and if it parks in an area for too long, it is removed. In fact, the local government sets a criteria list of what they consider to be a junk car. There may even be fines for the owner of a scrap car left week after week in the same spot.

It was in 1964 that some 5 000 000 cars were junked. The average number of cars that are recycled in the US every year is about 12 million cars. Cars are the most recycled item in the United States.

People junk cars easily if they have a lot of money, and with millions of new cars being produced, wealthy people keep their cars for shorter periods. In fact, the life expectancy of cars dropped from 14 years to 10 years to 6 years.

It is the combination of the high output of new cars and the short time span a car is kept that has increased the number of cars being junked. Cars that are no longer looked upon as being useful are stripped of valuable parts and these parts are often shipped to steel mills. It can take roughly 90 days for a car to be stripped and sent off to the steel mills.

When you see how many cars are in junkyards, you get the idea that there is a bit of a disposal problem and there are quite a few people who dump their cars in auto graveyards. If you want to get rid of your old car, you have to do research to find a scrap yard that will offer you a decent price for your scrap car.

Some people have not got any idea about how to dispose of their unwanted cars and they opt to abandon them on city streets or on vacant land. Cities then have to make time to dispose of these abandoned cars.

If you want to get rid of your old car, its make, model, and age are all factors that are considered by the junk car yard. Although many of them pay a good price for your car, these factors will help them conclude as to what they will give you for your car.

Junk vehicles are stripped for their spare parts. There are spare parts on it that are of great value to someone and a regular car contains about 65 pounds of aluminum while it also has zinc, copper, lead, and rubber. All these things can be profitably reclaimed.

Research To Get The Best Cash Offer 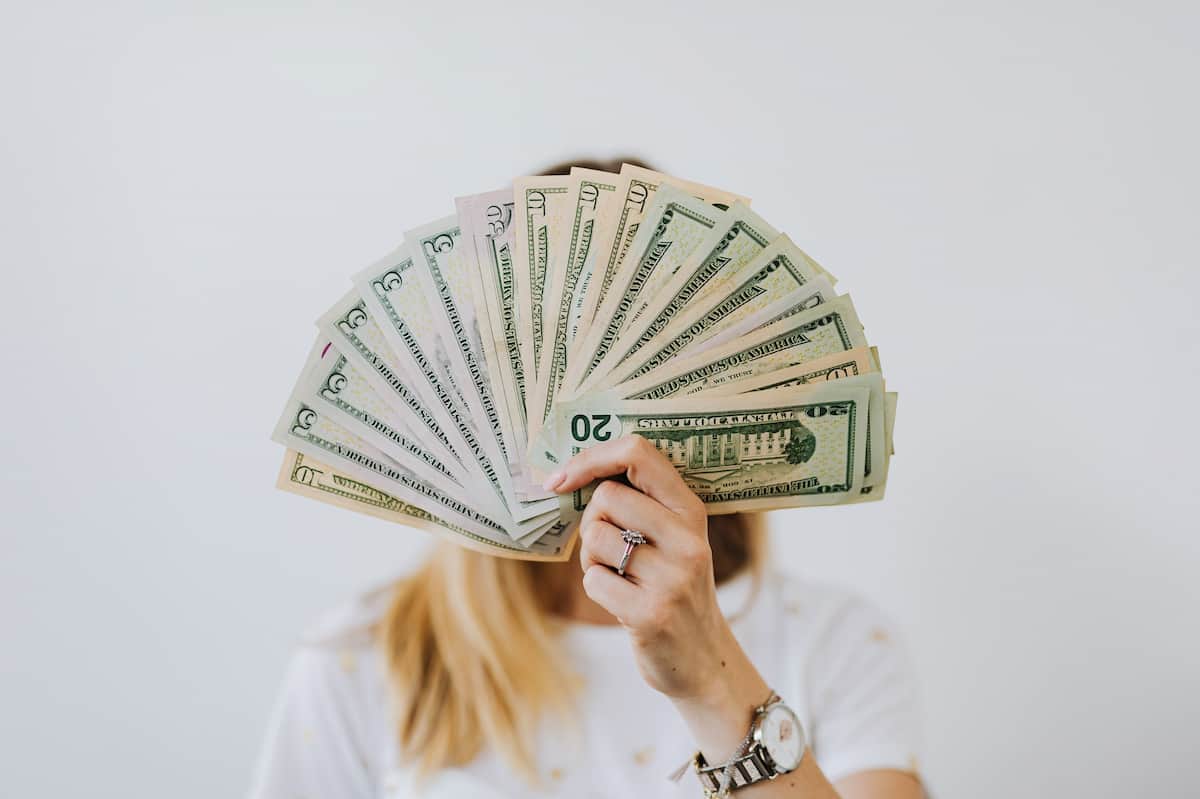 Old, dilapidated cars actually go hand in hand with junkyards. But these junkyards can differ a lot so you need to do research to find the most reputable one. You need to find the one that offers a free tow away service. Getting rid of a junk vehicle this way has to be the most stress-free and smooth way ever.

All it requires is going onto their website, completing their short online form with details of your car, and submitting it there and then. They will give you a rough estimate of your car and even on the very same day they will come and fetch your car.

No taking pictures of your car from every angle, no fretting about where and how to advertise, no obnoxious calls from snooty buyers who lead you on, and then never pitch up to view your car.

One online form to the right junkyard and you can be rid of your junk vehicle taking up valuable space in your driveway.  On the other hand, trying to sell your car to a private buyer can be a long, drawn-out process.

What a pity that the junk vehicle industry is so unknown to many, and yet they offer such a valuable service. These old cars are often missing important parts and some do not have their title or other important documentation, but these junkyards do not worry about that. They take your car as-is.

Junkers Are Of Little Value – Except To Some People

As you can see a junk car is something very few people want. Having said that, many people associate a junk vehicle as one that is rusted and damaged and that would not start. However, even a newish car can be considered to be junk by its owner if it gives a lot of trouble and is of little value to its owner.

Cars that are usually riddled with problems are cars that very few people want to be bothered with. it is time you knew that you can quietly and quickly get rid of such a bothersome vehicle with little to no hassles at all. Even an old car like yours can put some decent money into your pocket. These junkyards are certainly a secret worth sharing. 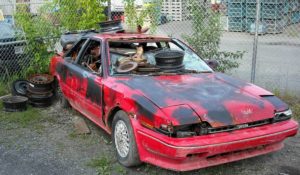 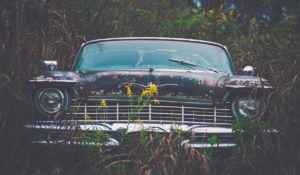 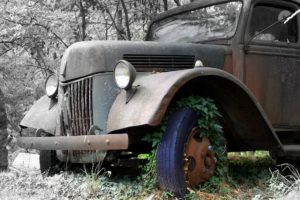 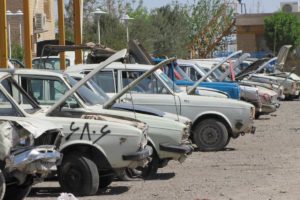 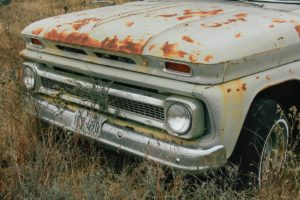 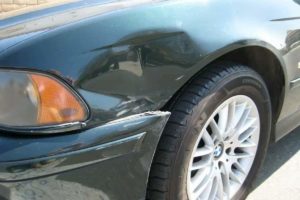